Building a Plot, One Step at a Time: Suzanne Johnson 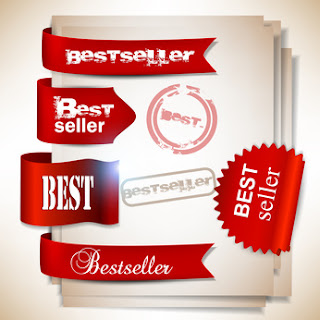 
Our next lecture is from the multi-talented and forever busy Suzanne Johnson. My southern sister in paranormal romance and urban fantasy is here to share her plotting tips.  Here's her secret...

Building a Plot, One Step at a Time


A confession up front: I’m a plotter. I wrote one novel using the “pantser” method a couple of years ago, and ended up spending three months writing the book and nine months revising it. So pantsing, for me, takes too much time in the long run. I’d rather plan up front and spend less time cleaning up on the back end.

But don’t tune out the channel yet, you pantsers. I’m not one of those people who plans every sneeze, every conversation, or even every means of getting from A to B. That strangles the creative process. My middle ground is a system of what I call Relationship Arcs. Before I ever start writing, I make sure I have six things: the Big Idea, the Genre/Format, the Stars, the Supporting Cast; the POV Plan; and the Relationship Arcs.

If you can pin down those six elements, you’ll have a rough working outline that will keep your book on course. It has allowed me to write three full-length novels this year, plus two novelettes, while running a daily book blog and—oh yeah—holding down a full-time day job.

Let’s break down each of these five elements, which apply regardless of the genre in which you’re writing.

The Big Idea: This is the kernel of idea—the “what if”—around which your book’s characters and events will revolve. If you nail this down first, the rest will be much, much easier.

For example, in my urban fantasy series that begins with Royal Street, the big idea is this: What if, in addition to tearing down the physical levees around New Orleans, Hurricane Katrina also destroyed the metaphysical levees, unleashing a flood of preternaturals from the world beyond?

In my Penton Legacy paranormal romance series that begins with Redemption (written under the name Susannah Sandlin), the Big Idea is this: What if a vaccine developed to treat a pandemic makes the blood of any vaccinated human deadly to vampires? What might a vampire apocalypse look like?

To use a popular paranormal romance series, take JR Ward’s Black Dagger Brotherhood series. Her Big Idea might look something like this: What if you had a dying race of vampires whose continued existence relied on a band of damaged vampire warriors, at war with a soul-dead army of beings determined to wipe them out?

Once you have the Big Idea, it’s easier to see where your conflicts occur, how they need to escalate, and who might be involved in those conflicts.

The Genre/Format: This seems simple, but stating this intention early tells you, before you start writing, what you want your book to be, how long it should be, and roughly how many chapters or scenes you need.

In terms of scenes, how many words do your scenes normally run? I’ve learned that my scenes are going to average about 2,000 words. If each scene is a chapter, then I’m going to need about 48 chapters to make up my book. Having that magic number of 48 helps me figure out where my turning points need to be.

The Stars: These are the characters to whom you plan to devote the most page time. Make a list of them and start a dossier of their backstory, traits, etc. They might or might not be your POV (point of view--who tells the story to the reader) characters. In a romance, there are usually two Stars—the hero and heroine, and often they are POV characters. In romantic suspense, there are sometimes three Stars—the hero, the heroine, and the villain. Sometimes the villain gets a POV role, but not always. An urban fantasy or mystery might have only one Star.

The Supporting Cast: These are the secondary characters who get a decent amount of page time and help move the plot. Make another list and a short dossier. They are family members, good friends, bosses. These characters have names (as opposed to what I call Furniture, which might be the guy who delivers the pizza to the heroine’s house and has a few lines of dialogue). A pet can be a member of the supporting cast if it gets enough page time or has a key role.

The POV Plan: At this point, you need to commit to who your point-of-view character(s) will be. My urban fantasy series has one POV character and is written in first person. My paranormal romance series has from five to seven POV characters per book, with a different hero and heroine.

Many romances will have two POVs, the hero’s and the heroine’s. A romantic suspense might or might not have a POV role for the villain. It’s obvious that plotting a one-POV book will be a different process than plotting a book with five or six POVs. You have to know this ahead of time to avoid time-consuming backtracking or, in a multiple-POV book, having the same character POV two or three chapters in a row. They need to rotate.

This ensures their growth. To use the Black Dagger Brotherhood’s first book, Dark Lover, as an example: When the book begins (A), Wrath knows of Beth only because her father has asked Wrath’s help in his daughter’s transition. At the end (E), Wrath and Beth are married. In between, Wrath releases his unloved current wife, he confronts Beth and tells her the truth, he helps her through her transition, and she nurses him back to health after an attack, winning over the other brothers. Four steps between A and E.

Once I do those relationship arcs for all of my Stars, I can extend it to look at the relationships between my Supporting Cast members. Those will often form the subplots or, in a romance series where the Stars change from book to book, will lay the groundwork for the next book in the series.

Does this plotting system mean a lot of list-making? Sure. But I guarantee if you’ll spend a few hours at the beginning of a new project going through this process, your story will take fewer wrong turns and will flow like the wind! 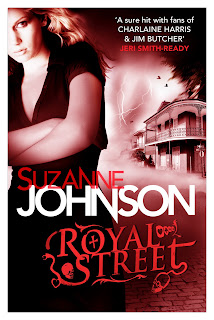 Urban fantasy author Suzanne Johnson grew up in rural Northwest Alabama, halfway between the Bear Bryant Museum and Elvis' birthplace. That, plus living in New Orleans for fifteen years, has give her a highly refined sense of the absurd and an ingrained love of SEC football and fried gator on a stick. Her Sentinels of New Orleans urban fantasy series kicked off in April with the release of Royal Street by Tor Books (UK release is Sept. 27). Book two, River Road, will be released on November 13. Under the pen name of Susannah Sandlin, she also writes the Penton Legacy dark paranormal romance series for Montlake Romance. The first book in the series, Redemption, was released in June; book two, Absolution, will be released on October 9. Suzanne lives in Auburn, Alabama, with two dogs named after professional wrestlers. Don’t ask.  Check out Suzanne here:  http://www.suzanne-johnson.com and here http://www.susannahsandlin.com

Thanks to Suzanne for her great advice and my fave word of the day:  "dossier".  I'm feeling a little "spyworthy" right now! Be sure to register for our January Writing Resolutions Workshop here at Bestsellerology while you're here.  And come back on October 15th for our next FREE lecture from bestselling author Barbara Monajem: "Writing Short Stories & Novellas".

1. Click on the PayPal link for the class you want to attend.
2. Be sure to include your name and contact e-mail address in the Note to Seller section. Or, you can e-mail me to confirm registration.
3. All classes are held via Yahoo Groups. An invitation will be sent to you the week before class begins.
4. Any questions? Contact me at: knelsonbooks@gmail.com
5. See you in class!


August 15th:
Stacey Espino presents: "How Emotions Made Me a Bestseller"

September 15th:
Suzanne Johnson presents: "Building a Plot, One Step at a Time"

April
Take Me Out to the Call Game: A Pitch Class for Writers
Instructor: Kerri Nelson

Wanna offer your class to the masses?

Include the following:
*Length of class
*Synopsis or Course Outline
*Instructor Bio
*Availability for 2013/2014 dates

Then forward to me here:knelsonbooks@gmail.com